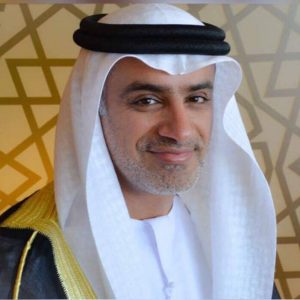 His Excellency Ambassador Abdulla Ali Al-Saboosi is currently stationed as the Ambassador of the United Arab Emirates in Australia. Previous diplomatic postings included the UAE Consul General in Los Angeles, UAE Embassy in Washington, DC, as well as the Ministry of Foreign Affairs in Abu Dhabi.

His Excellency serves an an adviser to the Ji Yong Kwan International Training Center. He is an avid supporter of martial arts. In addition to his relationship with Ji Yong Kwan, he and the UAE consulate have supported the UAE Jiu-Jitsu Federation events in the Los Angeles area.