Grandmaster Myung Jae Nam was born on December 31, 1938 in the Korean province of Chollanam-Do. 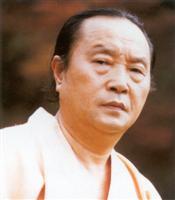 His introduction to martial arts began under his grandfather, Myung Jung Min, who taught him wrestling and stick fighting. He started Hapkido with Grandmaster JI Han Jae at the Joong Bu Si Jang location in the late 1950s. This was Ji Han Jae’s third location in Seoul. Other grandmasters that joined Grandmaster Myung at that time were Grandmasters Han Bong Soo and Choi Sea Oh.

Grandmaster Myung exchanged martial art techniques and information with a Japanese-America Aikido practitioner named Hirata Sensei. This association began in 1965 and lasted several years. Grandmaster Myung later made contact with the Aikikai Hombu, where he served as the Korean representative.

In January 1972, he changed the name of his organization to the “han kuk hapki hwe” and moved his headquarters from Incheon to Bukchang-Dong, Chung-Gu, Seoul, Korea. In 1972, Grandmaster Myung was the 8th person to receive an 8th Dan from Grandmaster Ji Han Jae and was one of the original members of the Korea Hapkido Association.

In 1973, while still maintaining his own organization, he assisted in forming the “Daehan Min Kuk Hapkido Hyup Hwe” and was appointed Executive Director and remained with that organization until 1980.

In 1974, he changed the name of his organization again to “Kukje Yong Meng Hapki Hwe” also known in English as the International Hapkido Federation.

Grandmaster Myung was the Korean representative for the Aikikai in Japan.

Beginning in 1961: Instructed and made tours to various martial arts schools in Seoul.

Nov. 11, 1969: Founded the Korean Hapkido Association, registered with the Ministry of Education (Registration No. 32), and was inaugurated as Grand Master at 9, Yoo-Dong, Joong-Ku, Incheon.

Oct. 1973: Appointed an Executive Director of the Korean Hapkido Association.

Oct. 1973-1980: Appointed as chairman for organization, examination, instruction, training, and discipline of the Korean Hapkido Association.

Jan. 1977: Appointed as Chairman of the Korean Hapkido Association.

Jan. 1980: Appointed as the Chairman of the Steering Committee and Vice President of Korean Hapkido Association.

Mar. 1981: Appointed as Chairman and Grandmaster of International Hapkido Federation, Social Group No.1 (Presently Dept. of Athletics Ordinance No.13).

July 1986: Wrote the Hapkido textbook for self-defense arts of heaven and earth and made a video presentation tape.

July 1986: Traveled to Austria to instruct and coach the recruits of the police academy and army headquarters at the invitation of the Chairman of the Austrian Olympic Committee.

Oct. 1986: Wrote an advanced Hapkido textbook for self-defense arts in Korean and English.

Feb. 1987: Wrote the Hapkido textbook of weapon defense arts in Korean and English.

Feb. 1988: Made a 70-minute video of the upgraded spinning defense arts of Hapkido in Korean and English.

Dec. 1988: Introduced the visualization techniques of Hapkido at the indoor gymnasium of the Police College.

Dec. 1988: Development of Hwan Sang Do Bup, the eight parts of Hankido, and the basic plan of Hankumdo.

Jan. 1989: Made a 60-minute video of the upgraded visualization techniques of Hapkido.

May 1989: Hwan Sang Do Bop introduced and presented in a hotel in Seoul. Introduced the spinning defense arts in Holland.

April/March 1997: Special demonstration in the United States at a seminar for instructors from 120 different countries.

March 6-29, 1999: Grandmaster Myung travels to the United States (Los Angeles area) and Russia to give seminars despite his illness.